What are the Common Causes of Bad Odour in the Fridge

If you’ve ever opened your fridge to a sour or pungent smell, you’re not alone. An unpleasant odor in the fridge comes from many causes. The common causes include:

This is one of the most common reasons for foul smells in your fridge. Foods such as fish, meat, and dairy products contain protein that breaks down into ammonia and sulphur compounds, which cause foul odors and worse.

Some foods that are more prone to food spoilage include eggs (especially the yolk), milk, cheese and yogurt. To avoid this, make sure that you store these foods in airtight containers and check them regularly to ensure they remain fresh.

The Smell of Meat Tainted with Chemical Odours

Food packaging materials such as plastic wrap and styrofoam trays can emit a chemical odor after you left them inside the refrigerator for a long time.

This happens because once the plastic warms up from being inside a warm place like your refrigerator or freezer for several days, it releases chemicals into the air that mix with the moisture from foods stored inside it.

Chemical odors emitted from canned goods or bottled drinks stored in plastic containers that have aged inside the refrigerator for too long may also cause this.

To avoid this, make sure to throw away any expired canned goods or bottled drinks immediately after opening them and thoroughly clean out your refrigerator periodically with hot water to remove any chemicals stuck on its walls or trays after you’ve finished putting away your groceries every week.

If you have an active family who loves to cook and eat, it is possible that your refrigerator is always full of food that they store in the fridge for long periods of time. This can cause a build-up of bacteria inside your refrigerator.

The constant opening and closing of the fridge door leads to air circulation inside the fridge, which pushes out cool air from inside and brings in warm air from outside. This warm air can contain odours from the kitchen such as cooking fumes, sweat and other smells.

It is also possible for bad smells to come from your food if you’ve left it out of the refrigerator for too long and it starts to rot. To avoid this, make sure that you place foods into your refrigerator immediately after opening them or cooking them.

So they don’t take up space in your fridge for too long. You can also invest in a good-quality deodorizer or an air freshener if you want to get rid off any bad odours coming from your fridge.

The Smell of Mold and Mildew

It is normal for vegetables such as lettuce, cucumbers, and tomatoes to rot when you store them inside a refrigerator because their skin easily absorbs moisture in the room.

If you place these foods inside a plastic bag or container with some moisture in it, they will start to develop mold or mildew on their surface which emits foul smells when exposed to air.

To avoid this, make sure not place wet vegetables into plastic containers before putting them into the fridge and instead place them into paper bags or reusable plastic bags with dry paper towels on top so these do not absorb any moisture from the produce inside them before storing them away.

If a vegetable becomes wet while being in your refrigerator, try patting it dry using a clean towel before putting it back into its container; this will prevent mold from growing on top of your vegetable.

The Smell of Rotting Food in Your Refrigerator

It is normal for some fruits and vegetables to rot when they are stored inside your refrigerator. This happens because some foods start to ripen faster than others even when they have been stored at the same temperature.

For instance, it is common for bananas and melon to get rotten quickly while pineapples and apples take longer to rot. If you do not use all your food before it gets rotten.

It’s best to throw them away instead of trying to salvage them as you may end up wasting more time trying to clean them up or store them away after they have rotted.

The Smell of Bad Eggs

Raw eggs are more susceptible to a chemical reaction with the metal inside your refrigerator that can cause a bad egg smell, especially if you keep your eggs in an aluminum container or if the container itself has a metallic design on its surface.

The metal reacts with sulfuric compounds from the eggshells and produce hydrogen sulfide gas that smells horrible when exposed to air. To avoid this, make sure that you keep your eggs wrapped in paper towels before putting them inside an airtight container before storing them inside your refrigerator.

So their shells don’t come into contact with metal surfaces inside your fridge as much as possible. You can also try lining the bottom of your aluminum container with wax paper so that it doesn’t react with the egg yolk inside its shell;

However, this method isn’t 100% effective because wax paper tends to get wet very easily which will allow the egg yolk inside its shell to react with metal surfaces again when left sitting for long periods of time in aluminum containers.

The Smell of Spilled Milk

This happens because the spilled milk reacts with the metal surfaces inside your refrigerator and produce hydrogen sulphide gas that smells horrible when exposed to air. To avoid this, you should try to clean up any spills quickly before they start to rot or leave a bad smell behind;

However, if you are unable to do this right away, place some baking soda or activated charcoal near the mess after covering it with a paper towel. This will absorb any chemicals left behind by a spill and prevent it from reacting with the metal inside your refrigerator so they don’t emit such strong odours later on. 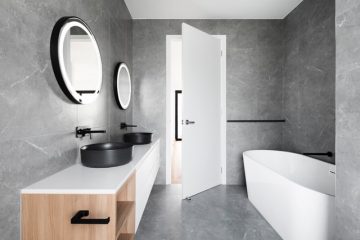 Tips to Remove Bad Smells from the Bathroom

5 min read Whether you are a homeowner or a landlord, it is very important to keep your bathroom clean and smelling fresh. It is also important to keep the bathtub and shower clean.  If you have been Read more… 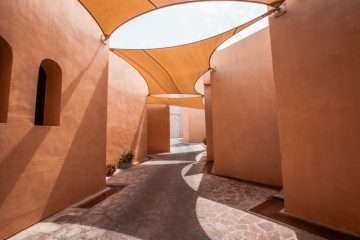 Installing Shade Sails in Your Backyard (And Why You Should)

4 min read You’ve probably seen the benefits of installing a shade sail in your backyard. They provide an inexpensive way to keep your home cool, reduce energy, and add a unique and relaxing look to your yard.  Read more… 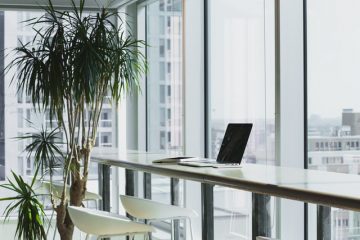 9 Alternatives If You Don’t Have Space for Home Office

4 min read A home office is a place where you can set up your workspace, where you can do research, write reports, work on a project or just work from home. It’s the ideal space for you Read more…