Dead spots can be a nuisance since they prevent you from getting good coverage in certain areas of your home. Thus, it is important to find ways to boost wi-fi signal strength and eliminate dead spots in the house.

There are several reasons why some areas of our homes have weak signals. The primary culprits are distance, interference, obstacles, physical barriers, and multiple walls between two devices (e.g., wall studs).

So what can we do about these problems? Read on to find out more about how to boost your wireless internet connection!

How to Boost Wi-Fi Signal Strength

The first step you should take is to buy a router that has enough power for your needs. The output power rating or range (in meters) should be higher than what you currently have at home.

Here, going from 2700 mW to 6300 mW should increase the range throughout your entire house because it means that there will be much less interference with other electronic devices.

2. Use external antennas on your existing wifi router

Another way to boost wi-fi signal strength is by using external antennas on top/side of an existing wifi router . This way we can extend our current wireless range by capturing more signal(s) that might pass. You can either purchase an antenna extension kit or you can make your own (DIY) wifi antenna booster.

3. Use a wireless repeater

Another way to boost Wi-Fi signal is by using a wireless repeater. These are devices which can receive wireless internet signals from your router and then re-transmit those signals.

Wifi Repeaters usually have their own SSID and security encryption, so be sure to check that they work with the same settings as those in your router. If not, you may end up with two separate networks.

4. Use powerline adaptors to extend the range

If you have dead spots where the Wi-Fi signal is low, but there is a power outlet nearby, then consider using power line adaptors. These are devices which use the electrical wiring in your home to extend the range of your WiFi network.

This eliminates any need for cables and you can simply plug these into any wall outlets around your house. Powerline Adaptors are easy to install and don’t require much technical knowledge at all!

Don’t forget that since power line adaptors transmit data via electrical wiring, they work best when placed in rooms close by each other. They also have a speed limitation of 500 Mbps maximum due to Ethernet standard limitations.

This way you will eliminate any Ethernet cable limitations while still being able to enjoy multi-gigabit speeds over AC WiFi!

5. Use an Ethernet cable instead of WiFi

Just be sure not to use too long of an ethernet cable else it might cause slower speeds due to signal loss or interference caused by too many devices being connected through the same wire!

6. Place Router In A Central Location Around The House

Another way to increase wireless signal strength is by placing your router in a central location around the house. If you have a large house, then it is likely that there are areas where you experience WiFi dead spots.

Thus, finding a central location (in the middle of the house) which is close to all rooms and placing your router there will ensure that you get optimal signal strength in all areas of your home.

7. Use Ethernet cables instead of WiFi when transferring large files

If you are planning on transferring large files (e.g., 100GB+) from one computer to another, then consider using Ethernet cables instead of WiFi .

This way there will be no speed issues or dropouts when transferring large amounts of data! It will also improve the overall performance of your home network since there will be fewer devices connected to the same router!

8. Turn off encryption on your existing wireless network

If you are experiencing slow speeds while downloading/uploading files from one device to another over WiFi then try turning off encryption on your existing wireless network or add an additional security key for both routers to pair with each other automatically.

This way there won’t be any security issues and neither router will not have any problems communicating with each other since they both use the same encryption type!

Don’t forget that if you want faster speeds while using WiFi – make sure that both devices are using 802.11n or 802.11ac standard WiFi devices because they have much higher bandwidth capabilities compared with older ones!

Also make sure that both devices have beacon times set according to each other (e.g., 1 second from Router and 0 seconds from Client). You can adjust this setting in your wireless router administration section under Wireless -> Advanced settings -> Beacon Interval .

Most modern routers have this setting pre-configured so it should work fine out-of-the box without any further changes required! Don’t forget that if you want even faster speeds over WiFI – consider upgrading your Wireless Router’s firmware

Therefore, if possible – try connecting all clients around the house via Ethernet cable instead of WiFi! In this way there will be no speed issues and you will enjoy higher bandwidth speeds!

9. Place router away from electronic devices

If you are experiencing slow speeds while using WiFi – try placing your router away from electronic devices such as baby monitors, cordless phones, or Bluetooth/Zigbee enabled devices .

This way there won’t be any interference with these devices which might cause network congestion due to internal network traffic congestion caused by too many users on same network .

Thus increasing wireless speed! The only downside to this is that it makes it harder to use the router itself since you have to be closer to it in order for your device (e.g., laptop) pick up the signal.

If this is the case then try using an external antenna booster like this one so you can extend your wireless range a bit further without having to get closer to the router itself! Another option is using a wifi repeater like this one .

It will receive the signals from your existing router and re-transmit those signals in order to extend the range of your wireless network. Wifi Repeaters usually have their own SSID and security encryption, so be sure to check that they work with the same settings as those in your router or you may end up with two separate networks!

This can actually be helpful if you have dead spots around your home because as long as your WiFi repeater has a strong signal then it should provide good coverage throughout all areas of your home!

Just be sure not to place Wifi Repeaters too far from each other otherwise there might be some interference between them due to their similar frequencies.

This might result in slower speeds than usual (e.g., LAN speeds). In this case just move them both closer together until there are no more interferences and they both work properly.

If you are experiencing slow internet speeds while using WiFi – try changing position of your Router’s location . Don’t place it next to physical walls or metal objects which can block wireless signals coming from other rooms/devices inside a house!

You might want to consider buying something like this antenna kit , which has two panels that can extend WiFi range even further by capturing more incoming signal(s) that come inside a house and redistributing them around different rooms around the house via Ethernet cable(s)! This way you can have a stable connection throughout your entire house!

If you are experiencing slow internet speeds while using WiFi – try using a website or software tool that will show you how fast your connection is per second . This should be done on different websites/services e.g., speedtest.net, testmy.net, speedof.me, etc…

Other popular operating systems also have their own built in network tools that you can use to check your internet connection speed! Just Google it (e.g., Windows 7 Network Speed Test, Mac OSX Network Speed Test).

If there are any drops or spikes then try asking your ISP about changing plans/packages (such as going from 100Mbps plan to 300Mbps plan) so that you can get faster speeds at home if needed!

Our website, HandyWork, provides a variety of home amenities tips and ideas for you to follow so that you can make your house look beautiful and complete.

For more information about home amenities tips, visit our website! 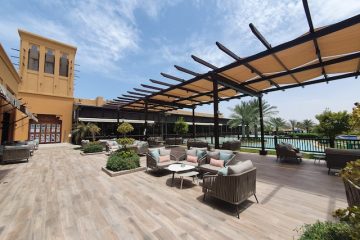 What You Get from Installing a Shade Sail

4 min read There are a lot of advantages to installing a shade sail. One of the major benefits is that you can use your entire patio without the sun beating down on you and your food. You Read more… 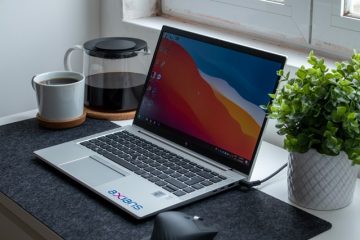 Home Office Essentials That Every Developer Should Have

4 min read It’s good to know that you can do anything from the comfort of your home. The good thing about this is that you don’t have to be an expert in any field. With a set Read more… 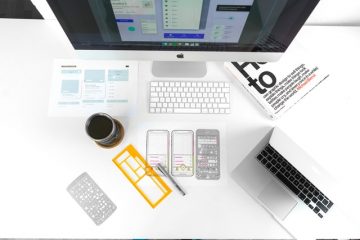 The Best Way to Organize Your Desk

7 min read A way to organize your desk can help you find what you need. It can also help you keep your work area neat. The organization of your desk is easy to accomplish. The best way Read more…