What are Fire Rated Doors?

Fire-rated doors are doors with a material that can withstand high temperatures for a specific amount of time.

People have specifically designed fire-rated doors for areas where there is a fire hazard. Fire-rated doors have undergone tests and received certifications from an accredited testing laboratory.

How are Fire Rated Doors Tested?

In Singapore, the Building and Construction Authority (BCA) has the responsibility of testing fire-rated doors. The BCA tests fire-rated doors by using a vertical flame test. In this test, the door is in a chamber and they use a gas burner to simulate a vertical flame. They position the gas burner on one side of the door and let it burn for 10 minutes, then observe for flame spread.

What are Fire-Rated Doors Used For?

Fire-rated doors are important in areas where there is a high risk of fire such as hospitals. Most hospitals have at least one fire-rated door leading to each patient room or intensive care unit (ICU).

This is because patients in these areas have special needs that require frequent nursing care, which may result in equipment malfunctioning and sparking a fire. Having fire-rated doors ensures that even if there is an electrical fire, it will not spread into other parts of the hospital since the walls of the room contain flames.

Schools – Fire safety in schools has become increasingly important due to government regulations that require all schools to have proper sprinkler systems installed. People often use fire-rated doors in classrooms or corridors where there are sprinklers because they can provide extra protection against possible fires.

Apart from installing sprinklers, schools also install glass panels on classroom windows so that people can break through them easily during an emergency without causing injury to students or teachers inside.

Since glass panels do not provide adequate protection against fires, schools also install fire rated doors as an additional safety measure against fires caused by broken glass panels or flammable objects inside classrooms like computers and other equipment containing flammable liquids such as liquid cleaners or chemicals for experiments etc.

In offices with no sprinkler systems installed, employees should still be able to evacuate safely during an emergency such as a fire by using stairs instead of elevators. They should not risk confinement inside the lift if there was a sudden rise in temperature due to an electrical fault.

A smoke detector may sound before any actual flames start so employees should be able to escape safely before flames start burning through anything inflammable such as carpets and walls, etc.

This is why many offices install smoke detectors along with floor-to-ceiling type window panels instead of solid wall type windows which may become covered in smoke if there was a fire inside the office. Fire-rated doors installation on the exits to these offices can provide extra protection against fire as well as make it easier for employees to exit safely.

Homes with young children or elderly people living in them may need fire rated doors because of the high risk of fires caused by electrical faults from faulty equipment like faulty appliances, faulty light bulbs or short circuiting electrical wiring.

Also, many homes have pet cats and dogs which can easily knock over objects like vases or lamps which can then spark a fire if there is a short circuit or broken bulb inside them. This is why many homes install fire rated doors in rooms with these types of objects in them.

Apartments often have a high risk of fires due to having several people living in them, especially in areas with a high density of people living close together like cities. They also often have a higher than average number of elderly residents living in them who may not be able to escape quickly during an emergency such as a fire so they may need help getting out during an emergency which is why apartment blocks often install fire rated doors on their entrances.

Apartments also often have balconies where residents can place barbecue equipment and other flammable items like garden furniture etc.. If these items catch on fire, it could spread into the apartments themselves and cause damage that will be very costly to repair.

This is why apartments often install balcony railings made from materials that do not burn easily like stainless steel instead of wood which will burn easily if ignited by flames from a nearby barbecue or other sources such as candles used for evening parties etc..

Many industrial facilities store flammable liquids or gases in large containers. They are common near residential areas because they are cheaper than in industrial areas. However, they’re still accessible via road networks so that you can transport goods quickly and cheaply between industries and retailers.

If one of these tanks catches on fire, the fire will cause a forest fire to spread to nearby homes. Fires can easily start in houses because sparks from faulty equipment or flammable liquids may cause massive fires to start.

This is why industrial facilities often install fire-rated doors on their entrances and storage tanks to provide extra protection against fires.

People also use fire-rated doors in many other places where there is a high risk of fire such as hotels, restaurants, shopping malls, clubs, and offices. 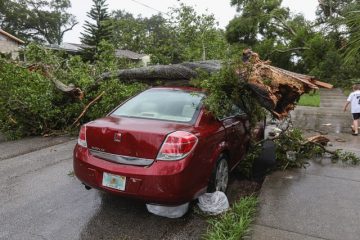 How Do You Get Rid of Fallen Trees in the Middle of the Street?

5 min read You may have fallen trees blocking your road, but there are a few tricks you can use to get rid of them without much hassle. Fallen trees are the worst roadblocks you can face, and Read more… 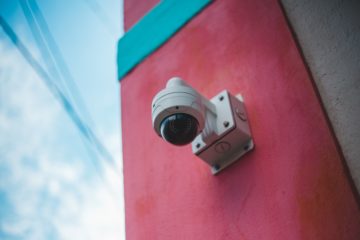 5 min read If you’re like most people, you want to feel safe in your home. And if you have children, you want to make sure they’re safe at home too. In fact, many people have considered getting Read more… 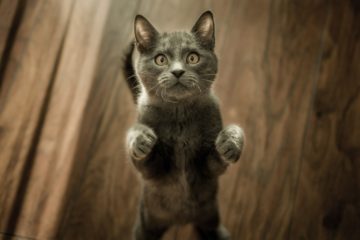 How to Keep Your Cats from Ruining Your Furniture

4 min read If you are a cat owner, you probably have at least one cat who has a habit of jumping up on the furniture and then sitting there, sometimes for hours. Even worse, cats can start Read more…